A downloadable game for Windows

Celestial Hearts is a jRPG featuring the love story of a heartbroken young elf and an angel seeking her life's purpose.

Deep within the continent of Belume lies Livia, a small village of nymphs and fairies. Kayah, a young elf and guardian of Livia, is slowly recovering from the loss of her partner. One fateful night, the village is raided by the Graveharts, an ultra-rich and powerful family that all but owns Belume.

Kayah, her friend Sylvie, and the nymphs wake up in an underground prison. During their escape, they find a winged woman chained up and passed out. After escaping and nursing the angel back to health, they learn that her name is Helen--and little else besides that she is aware of a purpose she cannot remember.

Kayah, feeling drawn to Helen, vows to keep her safe as they flee from the Graveharts. But the two, alongside their friends Sylvie, Gail and Matthias, know that they can't run forever...

What is Helen's purpose, and how is it connected to the Gravehart family? And more importantly, what is this indescribable feeling between Helen and the elf who has sworn to protect her?

In order to download this game you must purchase it at or above the minimum price of $9.99 USD. You will get access to the following files:

the art is not working its just a black back ground eith he chrecters i cant see any thing in the game (demo) i hope you fix it , how wold any ony by the game while there is bugs in the demo , fix it now nowww

In term of content, how much is it different/lenghty to Knight Bewitched ?  (It cost almost twice as much as Bewitched 1)

And did you fine tune the game system, because for all the love i have for your past games(except bewitched 2; didn't like the visual), the basic RPG Maker system as is make the games tedious and boring.

Not an answer in almost four days(week days) for something which you released yourself less than a month ago is a bit too much.. But anyway, Bewitched 1 was a game with nice characters, a good enough scenari to support them and this awful rpg maker basic battle system.

It was good for it's price range. However, this one Cost 10 Dollars, which is another category entirely where huge load of really good indie game can be found ; That's why i do think that my question is pretty legitimate and as much as i liked your past characters, i won't give ten buck blindly.

My apologies Lytel, I've been taking a short break and haven't been as active lately.

I'd put the length anywhere from 12-20 hours depending on if you're a completionist or not. The highest time I've heard so far is 24 hours from a person who 100% finished the game, but I could see someone rushing through it in 8-10 easily if they wanted to.

On the battle system, Celestial Hearts uses a side-view ATB system (somewhat similar to the older Final Fantasy games, where each character takes their turn immediately after their ATB gauge fills up). It's definitely more engaging than Knight Bewitched' battle system was, but it is still an RPG Maker battle system.

I went ahead and uploaded a demo - you can try the game for free and purchase it later if you like it!

Thank you for answering. i don't dislike turn based system(quite the opposite in fact) but i like them when they're polished or offer a few gimmicks.

A demo is a nice addition, at worst it will help promote your game ! You should made it available on steam !

Hello, why is the game "in dev" here while it isn't in EA on steam(which is akin to the "finished" status)

Thanks for pointing it out, it's fixed now! 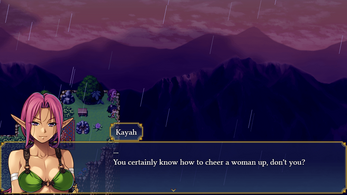 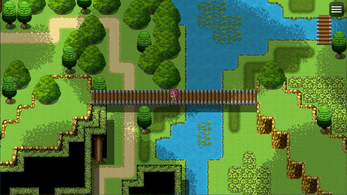 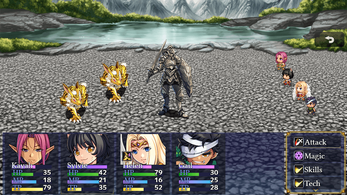 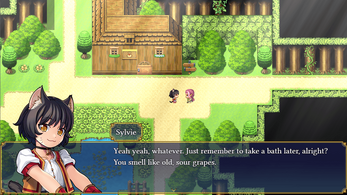 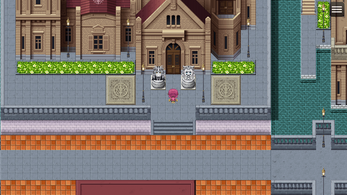 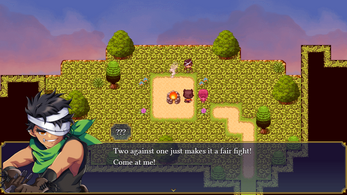 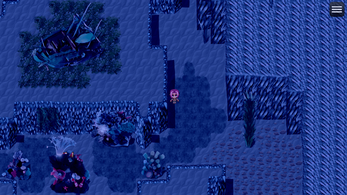 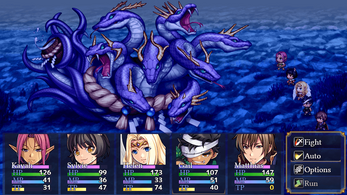