A downloadable game for Windows

Knight Bewitched is a turn-based jRPG that follows the love story of innocent witch Gwen and Ruth, the stalwart knight tasked to slay her.

A demo is available on Knight Bewitched's Steam page.

After slaying the dragon Typhus the Younger, fearless knight Ruth and her companions are tasked with hunting the witch Gwendolyn. In an unfortunate turn of events, Ruth collapses from illness and is nursed back to health by no other than the witch she was tasked to kill. Unable to slay the woman who saved her life, Ruth is jailed on suspicion of bewitchment and later saved by her comrades.

As a new threat looms over the horizon, Ruth and Gwen, together with young orphaned companion Stray and mysterious rogue Uno, rise to the occasion. As they journey, a flame slowly ignites between the hearts of Ruth and Gwen.

But is this true love, or is Ruth truly bewitched?

Knight Bewitched is a stand-alone game and the first entry in the Knights of Ambrose Saga.

All game sales on Itch.io go directly toward funding my future projects. Thank you for your contribution!

In order to download this game you must purchase it at or above the minimum price of $4.99 USD. You will get access to the following files:

I loved this game quite a bit, especially setting, character arcs, plot, the mapping was at least serviceable for the most part -

But then came Morgoth's Cave on the island, and I wrote more about this on the Steam forums but since I'm not sure you check there, I thought I'd ask here: I think this area does a disservice to the game as a whole, so I wondered if you'd ever consider updating/improving that one? I find it hard to continue and that seems like such a shame, the game didn't really deserve that. It would be really cool if you decided to possibly look into this! (Edit: I'm mostly referring to the maze, to me it just seems like overstepping what is still potentially fun to most players and I think it'd be worth fixing. The puzzle rooms can be kind of fun, at least some of those I've seen, although the one with the invisible spikes also borders on what felt like unfair, sadly)

I'm currently working on my 8th game, Celestial Hearts, which will have a story and setting much like Knight Bewitched's. I'm planning on running a small Kickstarter in late October to help crowdfund art illustrations and bonus content for it.

If the Kickstarter is successful, I'm highly considering running another one to make a "Knight Bewitched Definitive Edition", which would have the same story but with added art illustrations, a complete revamp of most of the game's maps (including Morgoth's Cave for sure), and some added content to flesh out more relationships, Mac/Linux versions and -possibly, but unlikely- a Switch port.

I've often thought about updating the game anyway, but I've found that prior updates just haven't been financially lucrative (despite Stream having a system for helping promote game updates), and that my time is better spent making new games over updating older ones.

Thanks for responding, and for not being upset. I was a bit worried pointing out so openly that I think one area is troublesome, after all you put lots of time into that game which I really respect and I'm thankful you made it.

Financially, for what it's worth, I suspect it would likely give you more buyers for Knight Bewitched 2, because many like me might be more likely to buy and play it if they actually finish the first one (which is pretty fun up to when that map happens, I even got through the dragon's caves fine without a guide or anything). Like, right now I'm really not sure I'll complete Knight Bewitched even though I really liked the plot, and that is a bit of an obstacle regarding me continuing further with sequels.

Also some other feedback related to Knight Bewitched 2 that I haven't played yet, which hopefully you'll find helpful:

I found the pool screenshot in particular gives off an odd impression for Knight Bewitched 2's marketing. I don't necessarily mind if sexually suggestive content or even nudity is in the game since I assume it'll be like Knight Bewitched 1 or Bioware Games which actually integrate it well at least as far as up to now, and that you actually put effort into the plot and not just made a random dating "sim" game where all the money is in naked women artwork, with otherwise low effort all around. (Which sadly seems to be a common model.) The pool scene just tips it over from somewhat scantily clad armor screenshots as possibly debatable art choice (but then again what can't be debated these days, so that's fine) into "looks like it may not have much else to sell," if you get what I mean.

(As for comparison, I assume Dragon Age Origins or Mass Effect 1/2 would likely have been received very differently if they had been marketed with underwear shots from the romance conclusion scenes as part of their main promo, despite that definitely being an interesting aspect of the game.)

(And please note again that I haven't played the game yet, so this is really just feedback on the marketing.)

No problem! I've  acknowledged at this point that my map/level design for Knight Bewitched was subpar, especially later in the game when I got a bit over-reliant on puzzles.

Fixing the maps up sooner than later could help boost sales for Knight Bewitched 2, so that's a good point. I'm satisfied with how it's selling at the moment (it's already almost outsold my previous big release, Knight Eternal, which came out almost a year ago), and since I'm still wrapped up in developing my next project, any major update to Knight Bewitched is unlikely until next year at the earliest.

If this is helpful at all, I've previously posted some puzzle solutions for Morgoth's Cave in the game's official thread on Aldorlea.  I have a solution to one of the block puzzles uploaded here and a solution to the bridge puzzle here.

On Knight Bewitched 2's hotsprings art, I'm surprised you feel that way about it, but I think I understand now that the artwork could give a false impression. I certainly didn't intend that since KB2 doesn't have any romance or sexual content. It was mostly intended to be fan service :)

If too many people are also feeling an odd impression from that art, I may end up removing it from the screenshot reel (it'll remain in-game, though). 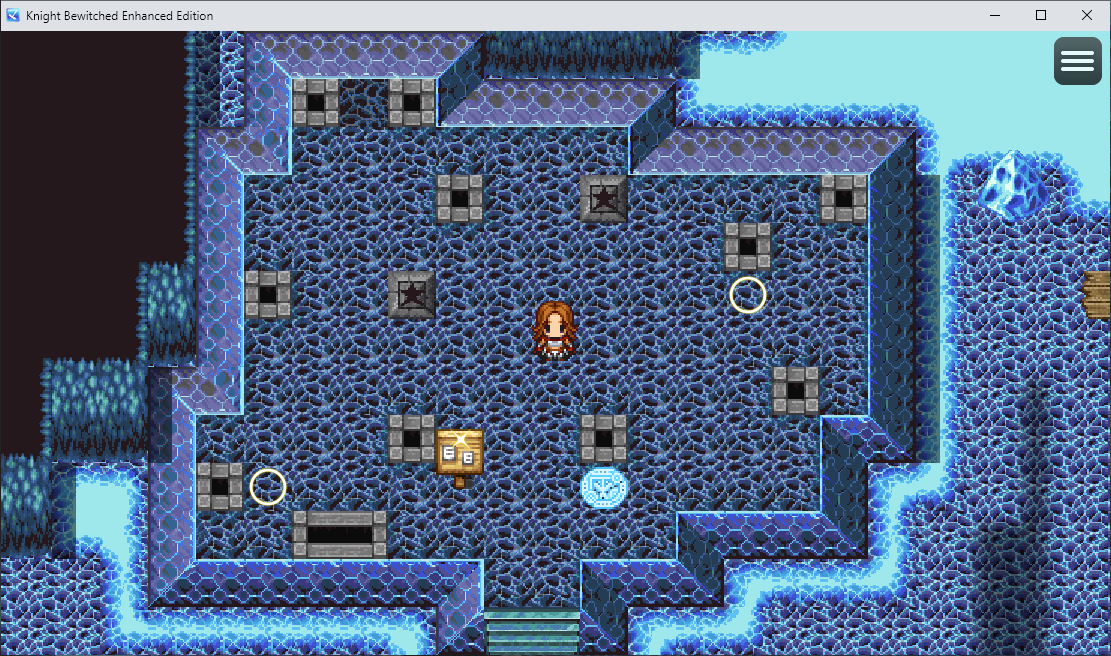 So I know it's been awhile, but I thought I'd let you know I'm working on an Enhanced Edition of Knight Bewitched:

I wanted to let you specifically know that, at this very moment, I'm working on the new Morgoth's Cave. I have a work-in-progress screenshot attached.

The two biggest changes--besides the dungeon having a new aesthetic and being more designed like a "traditional" dungeon (it has enemies and a boss now, too), is that A) the puzzles are optional but have cool rewards, and B) the "maze" room is being scrapped alongside the bridge-moving room.

Saw it on steam, really cool!! I'm very excited, and I'd definitely re-buy it as an upgrade too. And yes, I think the main "maze" room was what made me stop, the puzzles around it weren't that bad (it varied but some actually were pretty fun). So I am looking forward to this fix a lot.

Excellent excellent game - real glad I got it, no regrets. I've got triple A titles that don't stand up to the amount of substance in this game - really well fleshed out, well design and has a steady pace. 10/10, would play again.

Thanks for the feedback, I really appreciate it :) 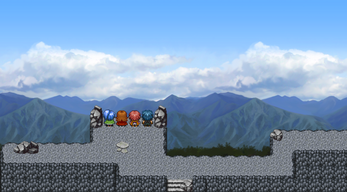 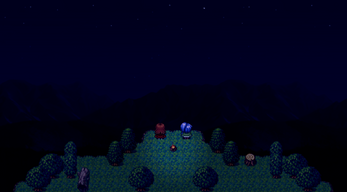 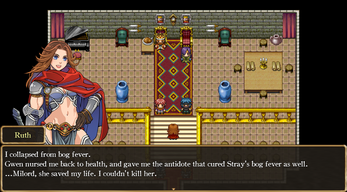 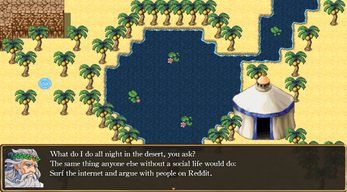 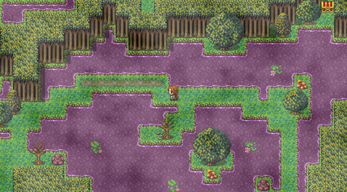